eLearning didn't happen overnight. It's a product of years of human ingenuity and innovation. There are moments in history that contribute to the inevitable birth of eLearning. So in an effort to weave a story of how eLearning came to be, here are some bits of history worth recalling.

The early prototypes were, of course, crude versions of our current personal computers. Those were all read-only technologies, Web 1.0 as people call it. A major breakthrough took place in 1984 when Apple's Macintosh computer was introduced. It was first to offer better graphical and text support. Its unique mouse input also revolutioned how users interact with the machine.

The Macintosh, with its free HyperCard program, also helped a generation of tech-savvy teachers make their own software and tutorials for students. Commercial software companies were quick to develop computer-based educational materials and learning games as well.

The Multimedia PC (MPC) came with a CD-ROM drive, meaning that the device can display video synced with audio. Alongside CD-ROMs came Microsoft Powerpoint, a modern presentation software quickly embraced by lecturers, executives, teachers and students.

It's important to note how the MPC relaxed the learning barrier for students. Using a multimedia computer, they were able to utilize video, audio, graphics and animation programs so that they can better interact with the computer's interface.

It was also during the early 90s that many schools that deliver online-only courses were established. The future of the Internet as an education medium became certain.

In November 1999, Elliott Masie coined the word "eLearning" at his TechLearn Conference at Disneyworld. It was the first time that the term was used in a professional context. Others in the industry have already used the term "online learning," which basically points to the same concept.

The term has always been used to refer to learning using the web or any other electronic medium. Professionals consider it as a type of distance learning since students are able to access materials and complete learning tasks even outside the classroom.

The World Wide Web became mainstream, thanks to investors throwing money at anything web-related between1995 and 2000. CD-ROMs quickly became a thing of the past.

During this time, a number of sophisticated technologies significantly boost the progress of eLearning.  Here are some of them:

All of these made it possible for organizations to train employees using eLearning. Individuals eager to expand their skill sets and widen their knowledge base also turned to the Internet online degrees and free educational programs.

Yes, the Web 2.0 as we all know it was introduced only a decade ago. The term was first coined by Darcy DiNucci in 1999 in her article "Fragmented Future." But it wasn't until 2004 that the term took wing when pen-source advocate Tim O'Reilly promoted the idea at the O'Reilly Media Conference.

From the read-only environment of Web 1.0, Web 2.0 promises a two-way conversation where users can contribute, collaborate and create through several platforms like social media, blogs, wikis and forums. Web 2.0 emphasizes on how we learn—how we interact with content online.

In 2005, Adobe bought Macromedia and transformed it into Adobe Flash. It took of way too quickly, like a rocket. Developers who worked with it discovered just how flexible Flash is.

Flash didn't require a lot of bandwidth as older methods would have used. So it enabled users to embed and play back video easier and faster than before. Flash became an animation and authoring tool overnight, a tool so crucial at creating multimedia content.

The same year brought us YouTube, arguably the world's most visited site for uploading or watching videos online.

The mobile web started just a few years ago. Smartphones were introduced, Internet-enabled tablets came next, and you probably have witnessed the rest of the story. People in the office or at school has to have a mobile device. We modern-day, tech-savvy users expect that from everyone.

The era of the mobile web has not ended yet. It's only just begun. Experts suggest that mobile-enabled Internet access will eventually overtake desktop access by 2015.

No other emerging technology has changed the way we interact with content online than HTML5. This latest evolution of HTML, supplemented by CSS3 and JavaScipt, opened up a host of game-changing features:

Released on April 26, 2013, Tin Can API is the lastest version of SCORM tasked to solve many issues that plague the older versions.

Since it's ready for adoption, eLearning experts highly recommend Tin Can API to accomplish the following: 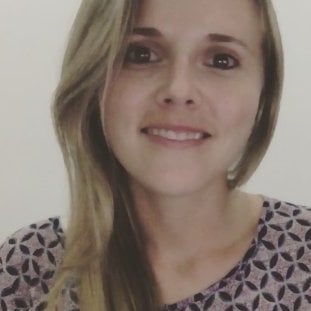 The quality of instructional design is often gauged on three things: effectiveness, efficiency, and cost.  Effectiveness has to do with how well the instruction enables learners to achieve stated goals or expected outcomes. Efficiency deals with the energy and time invested to complete the instruction while cost covers all expenses incurred for its design and delivery.  These are good points, to begin with. It's equally important, however, to zero in on the details involving the design and development of quality instruction. As with any other good design principles, there are human characteristics deeply involved here.  Richard Buchanan, a professor of Design, Management, and Information Systems, said it best: “a good design can be defined not only to be creative, stylish with an extraordinary visual look, but it must consider human engagement in its activities.” Follow these five golden principles to help you achieve high-quality instructional design:

Learner-centered e-Learning Design: 4 Steps to Get There

Take a moment to step back from your role as an eLearning designer, instructor, or course developer and focus on yourself as a learner. Answer these questions:  How do you learn best? What learning activities are the most motivational to you? How do you interact with other learners? What do you struggle with when learning new information or mastering a new skill?  Understanding your own learning preferences is an excellent place to start when considering the benefits of a learner-centered eLearning model.

With an infinite supply of content available on the Internet, how will you make your next eLearning course stand out? Beyond merely being informative, your content must be engaging as well. Here are eight techniques you can apply today to make your learners love your eLearning courses.