Managing Cognitive Load is a Delicate Act of Balance

Managing Cognitive Load is a Delicate Act of Balance

Cognitive load. What's that? You may not be aware of the jargon, but you are up to your neck in it! Try searching for information on the Internet. Kudos to you, if you can manage to find what you need right away in the midst of spammy websites and pop-up ads. We have to be on top of the cognitive load aimed at us in our daily lives, else we would be lost in the maze of useless information.

Spare a thought for your learners when you create courses for them! Learn about the cognitive load that could creep up in your course (unknowingly, of course) and how to manage it. 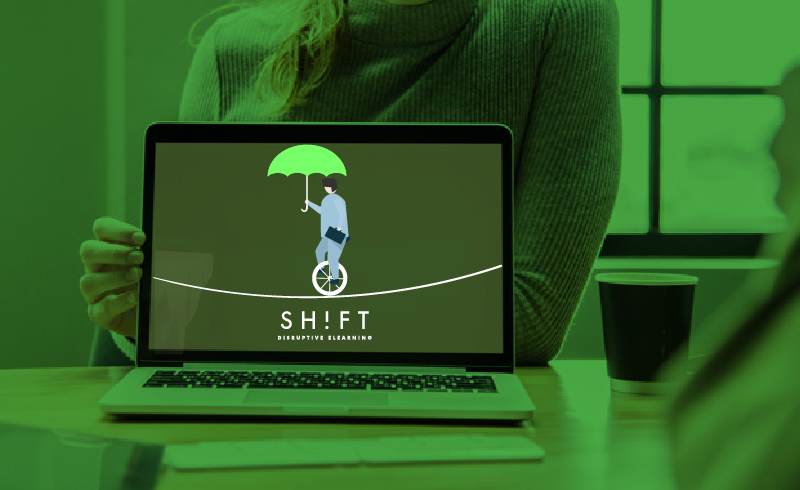 The working memory plays a crucial role in helping us learn. But this part of the brain can only remember so much information or process a limited amount of data at any one time. So you have to design learning such that it optimizes the limited capacity of the working memory while delivering an engaging and effective learning experience.

The most effective way to maximize the performance of the working memory is to conserve its powers and direct these to process only the most critical pieces of information. You have to filter out the inessentials from the course and design the learning such that it is readily comprehended and assimilated to manage the cognitive load on the learners' brains. The Cognitive Load Theory has pointers to help you manage cognitive load.

Whenever you ask learners to learn, memorize, and understand a novel piece of information, you place some load on the working memory. But some load HAS to be placed for the sake of learning. The trick is to distinguish what goes into the course and what goes out without disrupting the learning performance.

This refers to the inherent complexity of the learning material. According to Sweller, 2010, it can "only be altered by changing the nature of what is learned or by the act of learning itself".

For instance, a simple mathematical problem of adding two numbers places less cognitive load on the brain than a complex algebraic task. Intrinsic load is also determined by the prior learning or expertise level of the learner. An algebraic problem may be extremely challenging, but it may not place a large cognitive burden on an audience who are experts in the subject. You cannot do much with the learning material to reduce this load.

This is the load to be most wary of. Extraneous load is created by the impediments to learning. A poorly-designed course with a complicated interface that makes the learner hunt around for relevant information or a glossary for technical terms that is not easily accessible are extraneous loads that hamper the learning process.

In a nutshell, extraneous load is anything that distracts the learners and makes it difficult for them to achieve the learning outcomes. A cluttered design, the use of distracting multimedia elements that taxes the processing capabilities of the learner, and the presence of irrelevant learning matter can increase the extraneous load of an eLearning course. Fortunately, you can keep this load under a tight rein.

You will want your course to be heavy with this load! Germane load is created when the course is designed and instructional matter is presented to facilitate effective learning. A course that aims to teach fire emergency responses can either contain a scenario where the learner has to explore to find out the best options or plonk the tips in one long list. Using scenarios is the most effective instructional strategy for such a topic. Such a course has a greater germane load than the one that just lists the content.

At the end, the main idea is for you to reduce extraneous load to maximize the resources of working memory that are free to focus on germane activities.

According to Clark et al. (2006), as an instructional designer, your goal is to reduce the extraneous load, maximize the germane load, and manage the intrinsic load.

How Can You Minimize Extraneous Load in Learning?

To reduce extraneous load in learning, you have to filter out every needless task that is not critical to the learning process, use effective instructional strategies, and present the learning in an easy-to-access and understandable manner. Here are some pointers:

How Can You Maximize Germane Load in Learning?

You will want to maximize the instructional efficacy of your course by increasing the germane load. Here's how:

How Can You Manage Intrinsic Load in Learning?

This is an effective way to reduce overall cognitive load of a course. It is particularly effective for tackling complex learning matter, like technical subjects. Here are two ways to manage intrinsic load to increase germane load:

Managing the cognitive load of an eLearning course is a delicate act of balance. You have to reduce extraneous load; that's a no-brainer. But how do you determine how much is enough for intrinsic and germane loads? One trick is to step into the shoes of your learners and take the course in your mind's eye. 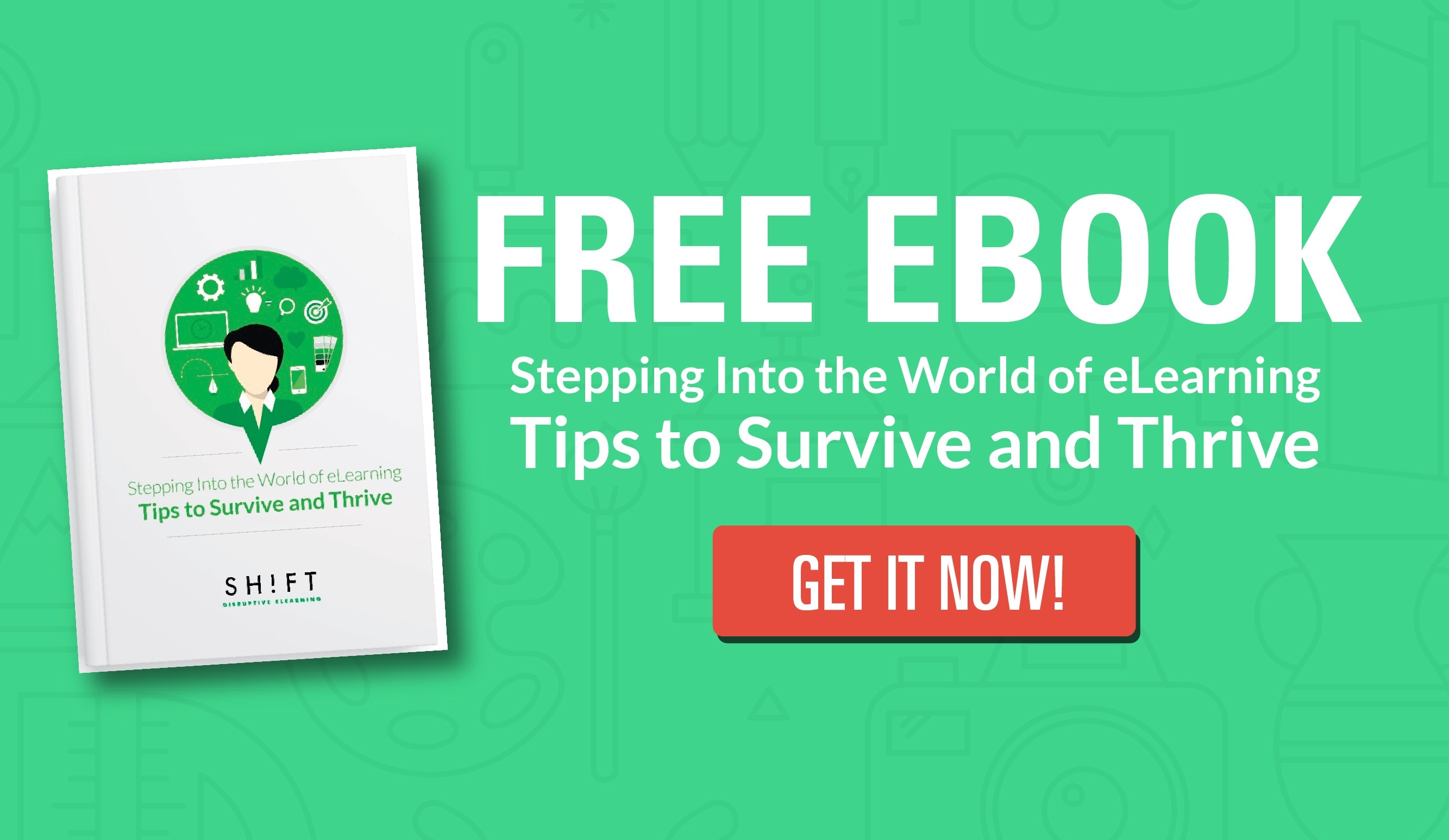 APPLYING COGNITIVE LOAD THEORY TO THE DESIGN OF ONLINE LEARNING

A Cognitive Approach to Instructional Design for Multimedia Learning

When was the last time you took a long hard look at your company’s training strategy?  If employees forget things you taught them back in onboarding or, worse yet, they’re leaving in droves to seek other opportunities — chances are your outdated training program needs to change, and fast. So, how does your training strategy stack up? Is it stuck in time? Or are you keeping up with the ever-changing needs of today’s modern employees? Let’s find out.

Strategies to Adapt Your Existing eLearning Courses to Modern Learners

The modern work environment is very different from what it was just a year ago. Companies are now challenged to offer more and better eLearning programs that adapt to the new context and workforce needs. Without a firm basis in the needs of their workers, eLearning programs don’t succeed—in fact, some completion rates for online courses are as low as 4% because of this reason! How do you make sure your employees, with their 21st-century attention spans, are finishing learning effectively, and actually enjoying your courses? Be sure to pay attention to these trends. As technology advances, employee employees, and the business context also continue to evolve rapidly, forcing companies to continually revamp and adapt their existing eLearning courses.

Embracing and adapting to a changing landscape is not easy unless you know the rules to play by. Times-they-are-a-changing. As it is with everything else in life, change is imminent also in the field of corporate learning. The modern L&D scenario is vastly different from what it was just a decade ago. In this rapidly-changing landscape, the old order has given way to the new, and only the agilest and adaptable can survive and thrive.