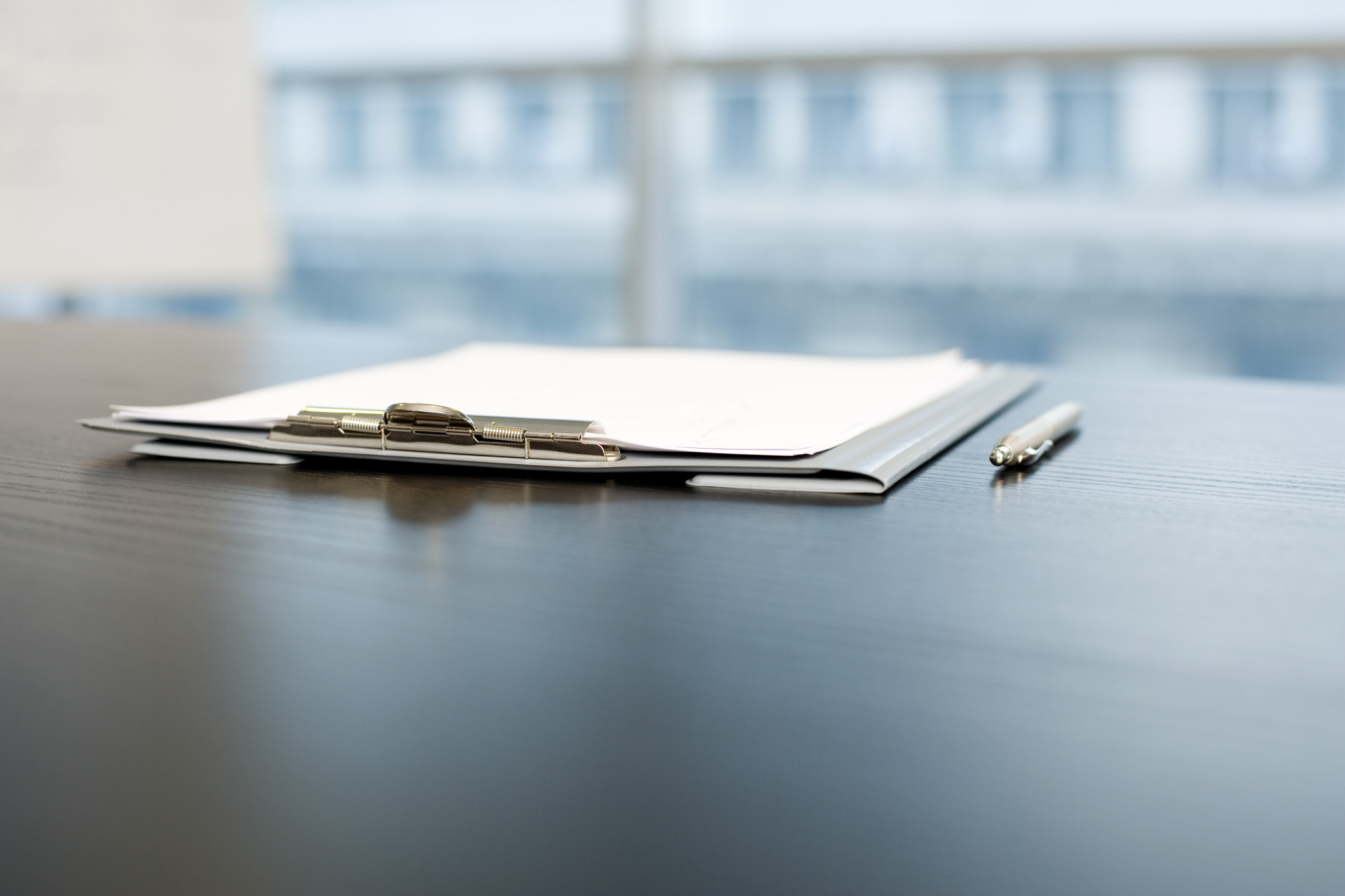 Oh yeah - then how do you explain traffic lights, warning signs, and rainbows? Color is important, and it’s time we pay attention to color in eLearning too.

Learning is a difficult field to understand, and there’s so much research out there discussing these issues that it’s hard to know where to begin. What’s pretty obvious though is that color plays a key role in creating an environment that fosters learning.

So let’s talk about color – What colors help learning? What colors might be annoying or distracting to online learners? And how can we mitigate that risk? That’s what we’ll be delving into here.

Not convinced? What If we told you that color, as part of the electromagnetic spectrum, is in its purest form energy, a wavelength, which has its own magnetic frequency? What if we told you that colors can affect neurological pathways in the brain? And that they can create a biochemical response? Now, facing that evidence, it’s clear that color has been overlooked for far too long. Dr. Robert Gerard recognizes this and has pioneered research, which suggests that every color has a specific wavelength, and each of these affect our body and brain in a different way.

Using the right color, and the correct selection and placement can seriously affect feelings, attention, and behavior when learning. It’s time that we leveraged that to our advantage. Even research with Alzheimer’s patients has shown that color cues improve memory and that learners recall images in color more easily than images in black and white – amazing, right?

Now listen, we’re not expecting you to be the next Picasso– but a fundamental understanding of which colors work will benefit your eLearning to no end. So that’s what we’re going to do now. We’ll be going through the colors and having a look at what they mean to you and your learners – and the biological response they can elicit. Bear in mind of course, that this isn’t a definitive science. It might be that you’re scared of blue because you’re scared of water – there are unique elements to color choice. But what we’re going for here is a broad-strokes approach that helps us appeal to the most learners with the right colors for our projects. Okay, boilerplate done, let’s begin.

Read more: The Complete Guide to Color Combinations in eLearning

You probably know this already, just by taking a look at a forest or a field. Low wavelength colors promote restfulness and calm, and they improve efficiency and focus.

So that’s why green is an excellent color for improving concentration. Apart from being one of the easiest colors on the eyes, it reminds us of nature. That’s why TV stars stay in the ‘green room’. It’s a relaxing space.

Green is a good color for keeping long-term concentration and clarity, making it a good choice for an office – as opposed to red, which is seen as stimulating and exciting. Maybe it helps in the short term, but stimulation has to tail off sometimes.

Interestingly enough, there’s some real scientific evidence for this. Some studies have shown that people who work in green offices have higher rates of job satisfaction, and consumers have been shown to spend more time shopping in stores that are painted green [1].

Another study, led by Dr. Kate Lee, examined 150 university students. She gave the group a boring, monotonous task that dragged their attention span to a breaking point, pressing a series of numbers over and over as they read off a computer screen. The students were told not to press keys when the number three appeared on the screen. Then break time came, and in a 40-second window half of the group viewed a green roof, while the others looked out onto a bare concrete roof. Amazingly, the research showed that students who looked at the green view made fewer errors and had overall better concentration. [2]

Dr. Lee hypothesizes that the green roof provided a ‘restorative experience’ which helped boost the mental resources of the students involved in the study. If true, that’s a major consideration. If your learners are tired and bored of their compliance material, add in a restorative green screen, a forest scene, or something else for a bit of a break. Lee believes that just a moment of looking at a green space could provide a moment of revitalization for workers who were struggling to concentrate.

Think about the orange sun setting over the horizon. Nice, right? It’s true, orange can be a welcoming and mood-lifting color for learners, which in turn promotes comfort and improves neural functioning.

Some theorists argue that an environment rich in the color orange increases the oxygen supply to the brain, stimulating mental activity while simultaneously loosening peoples’ inhibitions. An increased oxygen supply also leads to feeling invigorated and getting ready to ‘get things done.' Some have even suggested that test centers be painted orange to stimulate exam-takers.

But this comes at a cost – avoid bolder orange colors if your learners are young and naturally energetic. This isn’t a good color for those prone to overstimulation as well, for instance if your group of learners have attention deficit hyperactive disorder or another health concern which leads to easy overstimulation.

That’s not it on the science for orange, though – many studies have found that when colors are used to emphasize a feature or piece of content on the screen, learners’ attention levels increase. Of course, the best colors for this are warm colors, like orange. So we can say that when you’re looking to highlight certain facts or important information, orange can be a better choice than the traditional red. But, because of its energy and brightness, orange can be an overwhelming choice. Orange is, in other words, best in small doses.

The secrets of orange were known in ancient China too – in Feng Shui, orange is seen as a “yang” color which stimulates focus and promotes organization [3]. Of course, we need to remember that brightness and saturation also come into it, and too bright a color will probably give you a headache! Looking to the experts, color psychologist Angela Wright states that bright orange hues stimulate while low saturation is more soothing. So for boosting energy, go bold, and for relaxing, go mellow. Makes sense, huh?

So to close out orange as a color, in eLearning courses it can be used to highlight key facts and figures, communicate energy, life, and activity. Orange is a vibrant color that demands attention, giving it an edge as a choice for highlighting. But again, use with caution!

Some research suggests that people with highly intellectual work, which requires a high cognitive load, for instance, programmers or academics, are more productive in a blue environment. That said, though; we can’t keep life too monochromatic – it should be balanced with warmer colors. These can be found by using the opposite side of the color wheel.

Blue is best used for learning situations which are challenging. Blue paper, blue ink, or blue highlighting can be used to help improve reading comprehension too. Blue in general it seems is a relaxing and calming color, but lighter shades will seem more ‘friendly’ while darker ones seem a little more somber.

Back to the experts, many color psychologists recommend using blue colors, but adding a bit of extra kick with orange, especially for highlighting information (like we mentioned earlier!).

So in summary, blue is great for promoting high levels of thought, but too much can create a sense of detachment and coldness.

Hopefully, by now you’re having a dramatic rethink of the color of your courses, your house, and maybe even your car. That’s great – that’s what we want. Take note of the lessons above and let us know how you’ve implemented them in your eLearning courses. Remember, color is fundamental to the human experience. It’s a huge part of our lives and our perceptions, and we should leverage that in our eLearning courses.

1.Effect of Different Colors on Human Mind and Body http://humannhealth.com/effect-of-different-colors-on-human-mind-and-body/243/8/

3. Best Color For Concentration And Productivity Is Orange  http://www.huffingtonpost.com/2013/09/18/best-color-concentration_n_3949427.html

The Key Components of a Learner-Friendly eLearning Course

It's so easy to assume the content is all that matters in an eLearning course. But, how information is presented affects its effectiveness. The design, for instance, influences how students interact with information. Think about one of your existing eLearning course designs: Is it too cluttered? Or is it designed to properly guide learners toward clear goals?

How to Turn Your Employees into Lifelong Learners

A fat paycheck? Yes, but not always. The corner office within the next five years? Yes sure, but what about now? 401(k) plan. Health and dental insurance. Paid vacation. Well, these would be nice. What do you think is the single biggest factor that motivates employees to recommend their company as THE place to work for young, ambitious people? According to Bersin by Deloitte’s research with Glassdoor, learning, and career opportunities are accorded the highest priorities by employees. Clearly, employees know that in an ever-changing and volatile workplace, there is only ONE way to make oneself indispensable. Keep growing. Keep learning. Innovate consistently. Employees have not failed to learn from the examples around them. Companies like Yahoo,  BlackBerry, Blockbuster failed to keep up with the times. The result: they continued to lag till the day when they were forced to give up. Innovation is the game-changer. It is true not only for organizations but also for individuals. This is why companies are able to lure valuable employees away from their rivals with the promise of training opportunities. As an HR or training professional, you have to keep your employees interested in working for the company by providing them with ample learning opportunities. They need to improve their skills, increase productivity, and be on top of their game, so your business can out-innovate its rivals, tide over disruptions, and respond to market changes.

What if the secret to life existed but was locked in a box that no one could open? Well, you’d pretty much just have a box, wouldn’t you? And that is also what you have when you design an eLearning course without taking usability into consideration. It matters little how relevant information in a course might be if your audience can’t access that information. While engaging students and making sure content is entirely covered are critical parts of course success, it is just as important to go through and make sure your user interface (UI) ducks are in a row. Taking the time to go through and check for user-friendliness will help ensure that your students don’t lose out just because the course is difficult to navigate. Keep in mind that an eLearning course often isn’t a choice for most people. They are taking this because they have to and will have little patience for guesswork. Make it clear what the user needs to do in order to advance in the course. Learning is difficult enough without the added annoyance of having to hunt for what to click on.